The Passive Voice (How and When to Use It). 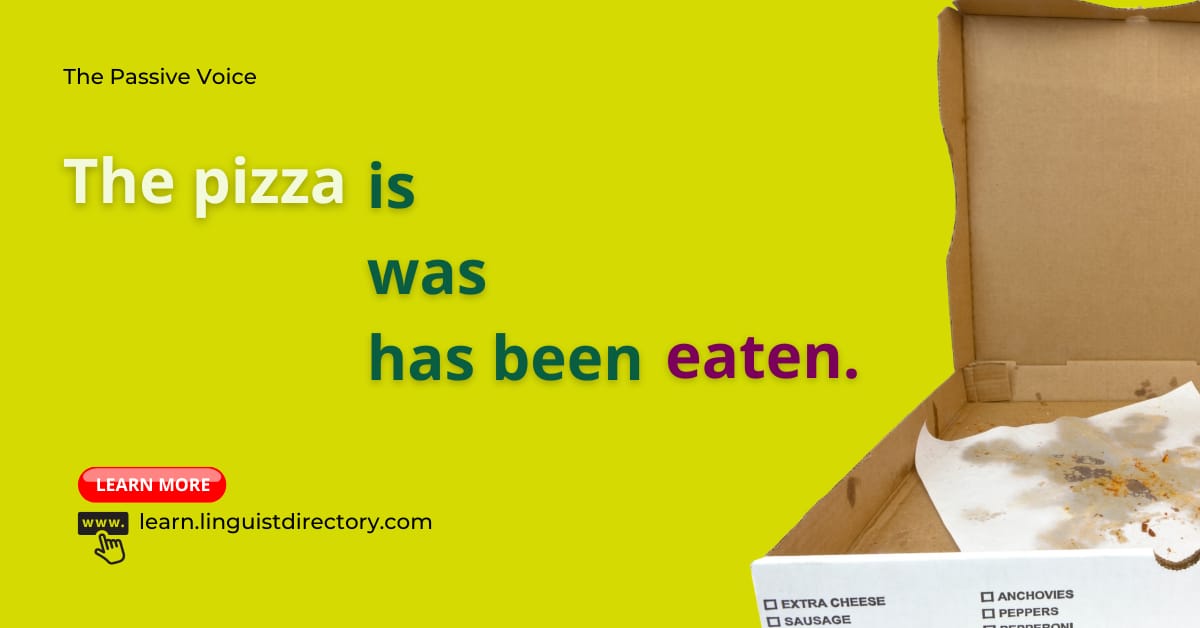 The passive voice is used when we want to focus on the person or thing affected by the action and not the performer of the action.

Active:    ❌I ate two biscuits. (the focus is on me – the performer of the action)

Passive: ✅Two biscuits were eaten by me. (the focus is on the biscuits – the thing affected  by the action)

Passive: Object is first (the thing affected by the action), followed by the verb, and finally the subject (the person or thing that causes the action).

How to make the passive in English

To make the passive put the verb ‘to be’ into the tense you need and add the past participle.

We use the passive voice:

✅The Sistine Chapel ceiling was painted by Michelangelo. (The main focus is on the painting, not the artist.)

✅He was arrested (obvious agent, the police).

✅Your car has been serviced (unknown agent).

✅Your child can be collected from the school (people in general).

✅The data was uploaded to a hard drive.

✅Your appointment has been rescheduled.

✅The article was written by artificial intelligence.

✅The investigation is being conducted by our office.

✅These new books are currently used in the class. The books were purchased by the City Council.

🙋 Learn how to use the present perfect simple tense.